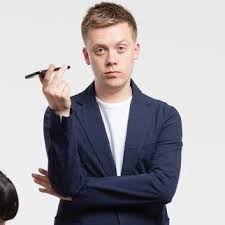 This poem is dedicated to people like Owen Jones - they do not engage, discuss, debate and reason - they shout, sneer and abuse - they threaten, they encourage violence and they then blame those they disagree with for arguing back.

They are very clever, manipulative and deceitful.

The attack on the poem IF by Rudyard Kipling is a consequence of their behaviour and attitude.

WE ARE WALKING INTO THE ABYSS - IF WE DO NOT AT LEAST TRY TO DISCUSS OUR DIFFERENCES THEN I FEAR WE WILL DESCEND INTO MADNESS
Posted by Pym Purnell at 12:49 No comments:

I AM A FREEBORN ENGLISH MAN (a poem for Tommy Robinson)

I AM A FREEBORN ENGLISH MAN

I am a Freeborn EnglishMan
and before me lies a choice.
Do I remain forever silent
Or do I use my only voice.

I am a Freeborn EnglishMan
now I must pay a price.
To hold onto this very title
what will I sacrifice.

So what are we now England
Can we take pride in what we have become.
The future lies before us
We must shape it or be forever undone.

I am a Freeborn EnglishMan
I know what is right and wrong
I stand with Tommy Robinson
This is where I belong. 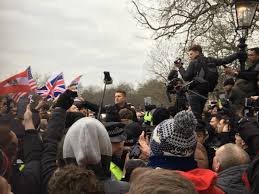 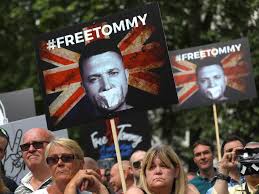 RIGHT ON!
Its been a thought of mine for some time that the voice on the right needs (or could be enhanced with) a newspaper - a sort of fanzine type thing for right wing politics.
Not that I believe in left or right - just good or bad political decisions - anyway..
I have discussed this with some people on twitter - and the feedback I get is positive - ie, they seem to agree.
But - time, money etc - are all against us.
So - I am proposing putting together an example and seeing how it goes from there - and I suggest calling the paper RIGHT ON!
But - as a man of very limited means I will not be able to print out the paper - but I could e mail it to you or twitter it - and you could print it out for yourself.
There is something about the written word - seems to concentrate the mind more than the word on the screen - I think?
Invoking the spirit of the Knights Templar

I have been reading about the Templar Knights recently and it struc me how litte I knew about them - and what I thought I knew - was wrong.
Anyway - to cut a long story short - the knights were set up to protect the holy lands and christians from murder, rape and harrassment by muslims and others.
They were then destroyed by the French King and let down by the Pope - who may have had good reasons - but did not speak up for them.
It all sounds very familiar with what is happening now - both in terms of persecution of white people and the inability to challenge immigration and black and muslim immigation and its effects inparticular.
So - right on! - I see this as being a cross between the voice, the big issue and the football fanzines of the 90's with a little bit of the viz thrown in.
Would like real life stories of people who have been mistreated by the ethnic community - ignored and persecuted - in any way - big or small.
I woud also like to include things from south Africa - where being white seems very dangerous - and from the rest of Europe and the world.
I would like to include stories of peoples interests - sporting or hobbies - think people are amazing on youtube - for the idea.
i think we should have political opinions / ideas and analysis
Talk about the debt problem - poverty and so on.
And if we can include humour too.
Anyway - what do you think?
Thinking of the Templars - our desire for trut shall be our armour and our willingness to say it our sword - we must tell the truth - or seek to find it.
And I would like to get the first issue out on christmas day - 894 years since their formation
Please avoid foul and abusive language - please avoid slandering people etc
Any feedback would be most welcome - or if you  want to submit something please e mail me on
right.on@live.co.uk
Posted by Pym Purnell at 05:38 No comments:

Tommy Robinson and Kevin Carroll - many thanks.

White girls are easy - ever wondered why?


White girls are easy to groom and exploit
to kick, punch in the face, burn and brand.

White girls are easy to fuck
to give drugs and booze
to punch in the face, and kick and burn

white girls are easy to scare
assaulted to abort their child

white girls are easy - ever wondered why?
Posted by Pym Purnell at 12:40 5 comments: